By law, December 1 is the date in which elected officials are to be sworn in.

Rex Catron has been circuit clerk 10 years. Appointed to the job, he was elected to his third four-year term this past November. 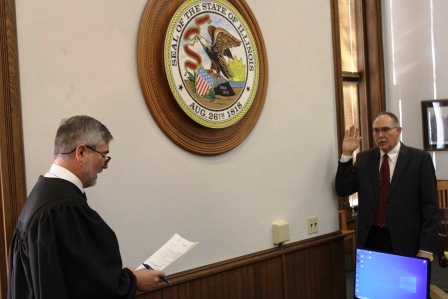 Dora Mann is the first female to be elected Bond County state’s attorney. She was appointed to the job in December of 2018, replacing Bauer, who was elected county resident judge. 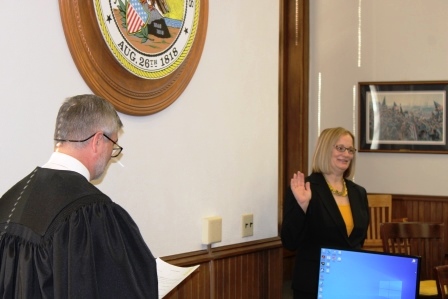 Mann was assistant state’s attorney 15 years before her appointment. She won a race in the November election.

Colleen Camp was also a winner in a race this past November. She was appointed county treasurer in late 2019 and took over the office in January of this year. 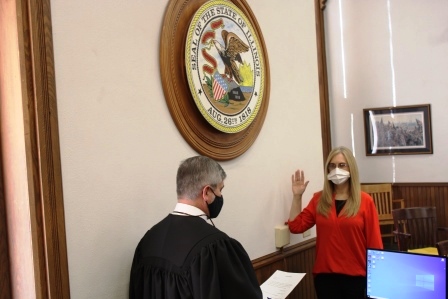 Voters elected her to a two-year unexpired term.

Georgia Shank was elected in November to her second four-year term a s supervisor of assessments. 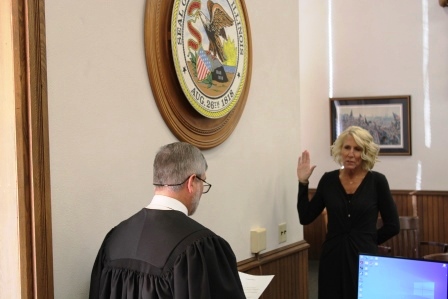 She was appointed to the office in November of 2014 and earned her first full term in 2016, which was the first time the supervisor of assessment position was on the ballot.

Also Tuesday, Judge Bauer gave the oath to Assistant State’s Attorney Mark J. Collins, Jr., who has been in that position since being hired in September of 2019.