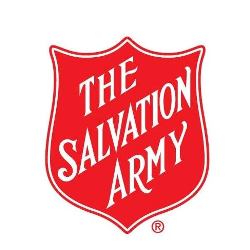 This year’s Bond County Salvation Army campaign has been the best ever!

As of Monday morning, a total of $33,417.17 had been collected through various donation options, including the classic Salvation Army red kettles. The goal was $26,500.

Bell ringers were busy in Greenville at Buchheit, Dollar General and Capri IGA, and in Mulberry Grove at Casey’s. Young said the committee used some new methods to raise funds, including “round up at the register” at Capri IGA. IGA also matched donations at their store on a particular Saturday up to $1,000. And the new Casey’s in Mulberry Grove was added as a bell-ringing location.

The round up at the register totaled $2,032, and on the matching Saturday at IGA the donations at the kettle totaled $2,353 plus IGA matched the first $1,000.

Young said the funds are needed in Bond County, now more than ever, due to COVID.

According to Young, there were many who contributed to the success of the campaign, including bell-ringers and donors.

As the county’s bell ringer recruiter, Young was elated about this year’s success.

While the campaign is during the holiday season, contributions can be made to the Bond County Salvation Army chapter throughout the year. Send them to the chapter in care of Jeff Hasenmeyer at Bradford National Bank in Greenville.