Greenville FFA Agriculture Sales team placed first in the Section 19 contest held in Vandalia out of six teams. Individually Leno Caldieraro was 1st, Jack Wall was 2nd, Ryan Lehn was 4th, and Ryan Scott was 5th overall out of 24 individuals. The contest included a team activity to prepare for a sales call, an individual sales call where they had to sell a leaf blower and then take a test. They then went on and competed at the District level virtually. They placed 7th at the District contest overall. Special congratulations to Jack Wall who placed 3rd place individual over all. Other team members were Leno Caldieraro, Ryan Lehn, and Ryan Scott.

Greenville FFA was awarded the 3 Star National Chapter Award. Only 30 Chapters from the State of Illinois went on to the National Level. In order to qualify for a state or national award, your chapter must complete at least 15 activities: one for each of the five quality standards in each of the three divisions. Additionally, the chapter must meet the minimum requirements as outlined in the National Chapter Quality Standards. Chapters are then rated 1, 2 or 3 Start with 3 being the highest level. The Greenville FFA was awarded the 3 Star National Chapter award because of the activities they did. Some of them include a work auction, Veterans Day assembly, Harvest for the Food Pantry, ATV safety and many more. 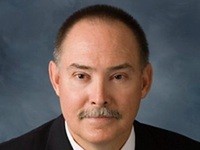