Davis has served as acting president since May 2020, after Ivan Filby stepped down as University president.

According to the Board, Davis is the best person to serve as president because she has a vision for GU, she knows how to create and execute strategy, and she has demonstrated a passion to make GU better through her various roles with the University.

“As higher education has moved into such a highly tumultuous, precarious, and changing environment, I’ve seen Suzanne bring new ideas and solutions time after time,” says Kathleen J. Turpin ’91, Board of Trustees president. “She has been uniquely gifted by God to not only see opportunities and possibilities many can’t see, but to use her connectivity and strategic ideas to bring them to fruition. Her love for Greenville and her willingness to be obedient to the Lord’s calling has brought her to today. The Lord has called her for such a time as this and I believe, as the next president of Greenville University, she will lead the university well.”

She originally planned for a career in law and practiced civil and criminal law in Tuscola, Illinois, and taught at Eastern Illinois University’s School of Business from 2005-2012. Teaching business at GU and influencing today’s students drew her back to Greenville.

Davis has served the University in many roles including chief of staff, founding dean of the Briner School of Business, vice president for university relations, executive vice president, and, most recently, acting president. As acting president, Davis could move forward strategic initiatives, but was not in a full president position. She now has a contract in place through June 1, 2024.

Davis has aided in the school’s successful accreditation effort, leading the financial, operations, and governance portions. Davis led the president’s executive cabinet and managed reorganization of enrollment, marketing, and international affairs at the University. More recently, through an established relationship with the U of I president, she secured GU’s current COVID testing program that has put the campus on the map for successfully navigating the pandemic.

“It’s an honor to serve as president of Greenville University at this time. As an alum, I was highly impacted by Greenville University both professionally and personally,” Davis says. “I look forward to seeing the institution thrive into the future and make a positive impact on the community we serve. We know students have been empowered for lives of character and service through a transforming Christ-centered education for over 128 years and we believe that will continue for another 128 and beyond.”

An official inauguration ceremony is tentatively scheduled for the fall. 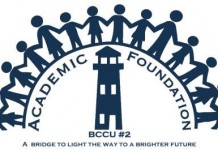 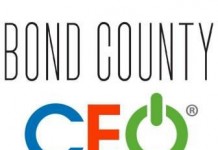