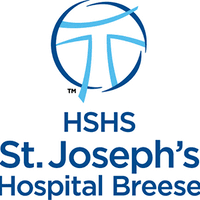 A total of 525 babies were delivered at HSHS St. Joseph’s Hospital in Breese during 2020.

So what were the most popular names?

Among the girls, the most frequent name was Emma. Topping the boy’s list was Maverick.

Tied for second place among the girls were the names of Harper and Naomi, and tied for third were Amelia, Aubrey, Ava and Reagan.

For the boys, the second most popular name was William. Tying for third were Hudson, Oliver and Wyatt.