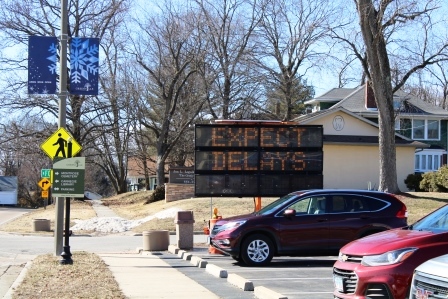 A warning sign is flashing messages near the intersection of Fourth Street and College Avenue in Greenville, warning motorists of delays that may occur due to upcoming bridge work.

Paul Grabowski, District 8 engineer with the Illinois Department of Transportation, told WGEL work is planned at two bridges on Illinois Rt. 140 this spring and summer.

They include the long, curved bridge at the bottom of Mill Hill near Hazel Dell Road, and the bridge immediately to the west.

Workers were busy Wednesday afternoon setting out signs and orange barrels in preparation. 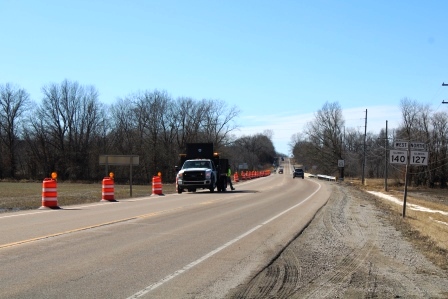 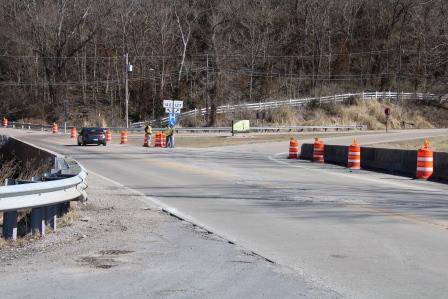 Grabowski said the work is scheduled to begin March 8, weather permitting. He noted there might be some intermittent closures between now and March 8 for guardrail work and other items.

Once the bridge projects get fully underway, the eastbound lanes will be addressed first. Grabowski reported both bridges will be worked on at the same time using a one-lane road signalized system to control traffic.

Once the eastbound bridge lanes are completed, the westbound lanes will be done, according to Grabowski.

He advised the projects consist of bridge repairs, patching and placement of new wearing surfaces on the structures. These are not complete reconstruction projects of the bridges.

Grabowski said the entire project is expected to be completed by September 1.

KPD Board Member Walks Out, Board Approves Scoreboards