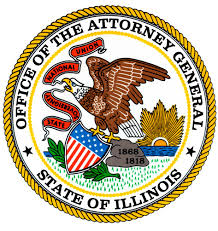 “I would like to thank Fayette County State’s Attorney Josh Morrison and the Vandalia Police Department for their cooperation, which was critical to our ability to stop these individuals from further victimizing children,” Raoul said. “The partnerships between my office and local law enforcement are valuable tools in my ongoing commitment to holding accountable predators who download and share these reprehensible images.”

The investigation is ongoing, and individuals who have additional information are encouraged to submit a tip to the Vandalia Police Department by calling 618-283-1986 or contacting the Fayette County Sheriff’s office via Facebook. The Attorney General’s office will prosecute the case with the Fayette County State’s Attorney Joshua C. Morrison’s office.

“These arrests are part of an ongoing investigation of child pornography,” said Fayette County State’s Attorney Joshua Morrison. “It has always been our goal of the Fayette County State’s Attorney’s office to aggressively prosecute this type of crime, and we will continue that priority into the future. Thanks to the Attorney General’s office and our local law enforcement for all of the work on this arrest.”

“Thank you to the Illinois Attorney General’s office for the continued hard work they put into these cases,” said Vandalia Police Chief Jeff Ray. “While we find it appalling that these types of crimes are going on in our communities, it is good to know that there are great people working these cases.”

The public is reminded that the defendants are presumed innocent until proven guilty in a court of law.

The arrest is part of Attorney General Raoul’s work to investigate and prosecute child pornographers in Illinois. Raoul’s office, with a grant from the U.S. Department of Justice, runs the Illinois Internet Crimes Against Children (ICAC) Task Force that investigates child exploitation crimes and trains law enforcement agencies. Since 2006, the Attorney General’s ICAC Task Force has been involved in more than 1,760 arrests of sexual predators. The task force has also provided internet safety training and education to more than 951,600 parents, teachers and students and more than 22,900 law enforcement professionals.