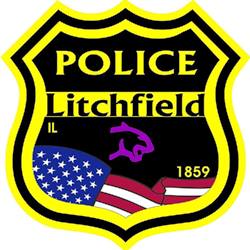 A Litchfield man has been taking into custody following a shooting incident in Litchfield Sunday.

Litchfield Police responded to a shooting Sunday, March 21 at 2:39 PM. The incident occurred in the 1100 block of North Locust Street in Litchfield. A 47 year old male had been struck by multiple gunshots.

A Gillespie ambulance was passing through the area after the shooting and officers on scene flagged down the ambulance to provide assistance. The victim was soon transported to a Central Illinois hospital via Air-Evac.

Witnesses told police a male subject had fled the scene prior to police arrival.

Following an investigation, police found Justin J. Adkins in Litchfield and he was taken into custody early Monday afternoon.