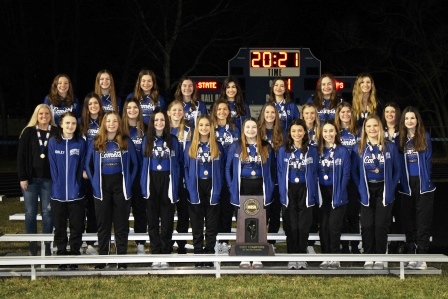 The Greenville High School Comets cheerleaders were honored at a special ceremony Tuesday evening at Don Stout Field after they won an IHSA state championship over the weekend.

While it was a chilly night, the joy of the occasion warmed everybody’s hearts.

Toward the end of the program, it was learned this Monday will be a special day in Greenville and the surrounding area, as a way for residents to pay tribute to the cheerleaders. 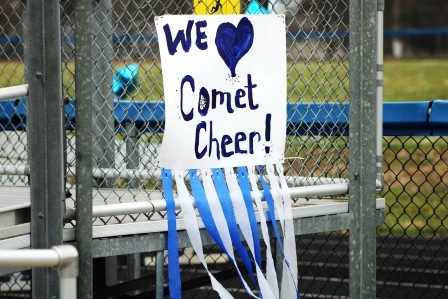 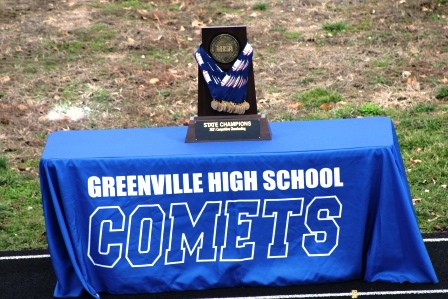 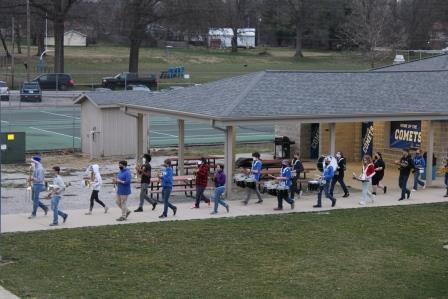 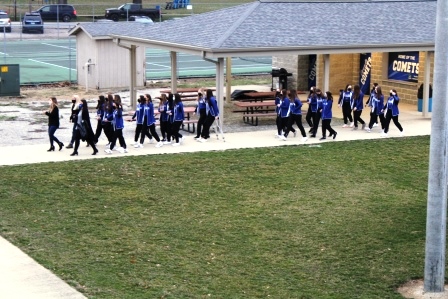 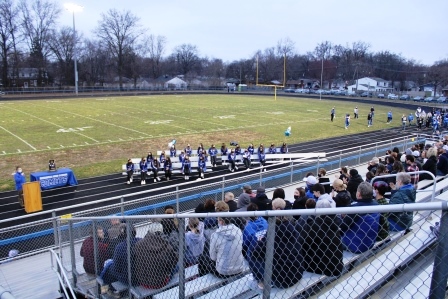 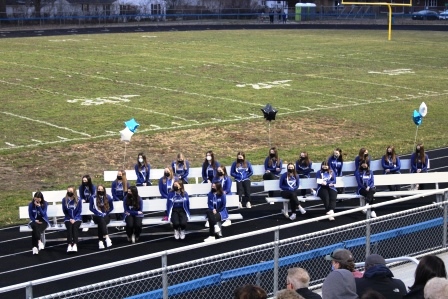 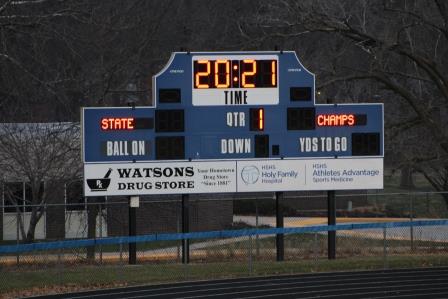 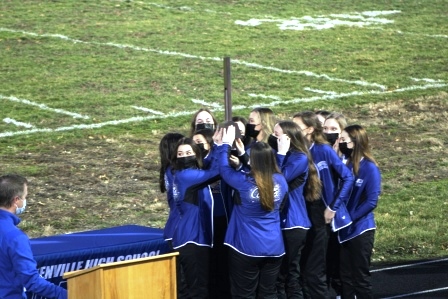 Tuesday’s program was opened by Superintendent Wes Olson, who told those in attendance what the cheerleaders accomplished was historic. He noted that while GHS has a long history of sports excellence, this was the first team state championship in school history.

With the state trophy on display, the varsity cheerleaders were presented their championship medals.

Head Cheer Coach Amanda Goldsboro spoke about her team, then Greenville Mayor Alan Gaffner announced that Monday will be a special day.

Click below to hear him read a portion of a special proclamation:

WHEREAS, this is the FIRST Team Championship in the history of the school; and

WHEREAS, the squad’s score of 94.84 is the highest ever attained by a Small School in IHSA history; and

WHEREAS, the Comet Varsity Cheerleaders demonstrated great determination and perserverance as they battled through the uncertainty and challenges of the COVID – 19 pandemic which included quarantines, limited practices, and virtual competition; and

WHEREAS, the squad overcame injuries during the season; and

WHEREAS, the Cheerleaders represented Bond County with class, honor, and distinction; and

NOW, THEREFORE, I, Alan Gaffner, Mayor of the City of Greenville, do hereby proclaim Monday, March 22, 2021 as

and urge all residents to express their gratitude and appreciation to the Team and Coaches for their historic accomplishment.

IN WITNESS THEREOF, I have hereunto set my hand and caused the Seal of the City to be affixed this 16th day of March of the year of our Lord two thousand twenty – one.