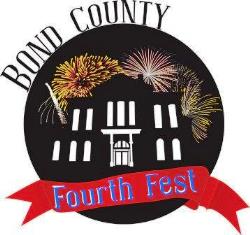 Fourth Fest Committee Chairman Rex Catron said music and fun are being lined up. He said Friday’s start time hasn’t been specifically nailed down, but will likely be around 5 PM. The festival will run through 11 PM Friday and resume Saturday afternoon. He said the carnival will be open both days and there will be many activities and food options. He thanked the Greenville business community for helping keep the event free to attendees.

Free music will be presented each night. The Friday lineup includes a military band, The Jorrells, and The Chapman Brothers Band, which is celebrating its 40th anniversary.

Last year, the event was to feature the country band Exile, but the concert had to be cancelled. Exile is now scheduled to perform on Saturday, July 3.

The Greenville Municipal Band will begin the Saturday music. The band is commemorating its 125th year of existence.

It is hoped another military band can be secured for the Saturday line-up.

Exile will play, leading up to the fireworks.

Following the fireworks show, The Silver Bullet Band, a tribute to Bob Seger, will return to the Bond County Fourth Fest.

Last year’s event was limited to a fireworks display, due to the pandemic.