May 6 is a day Krista Cole will never forget.

The former Greenville resident, who now lives in Colorado Springs, Colorado, had the honor on May 6 of introducing United States First Lady Dr. Jill Biden at a Military Spouses Appreciation Day ceremony at Fort Carson.

Krista is a military spouse, married to Adam Cole, formerly from Vandalia, who is a major in the Colorado Army National Guard.

She found out Mrs. Biden was coming to Colorado to speak and contacted the USO to see if there were any tickets left. As fate would have it, there was only one of the 35 tickets remaining and she received it.

Each person going to the speech had to submit bios and pass background checks. The day before the event, Krista received a call from the White House, asking her if she would introduce the First Lady. Extremely excited about the invitation, she said yes, then realized she had less than 24 hours to compose something. 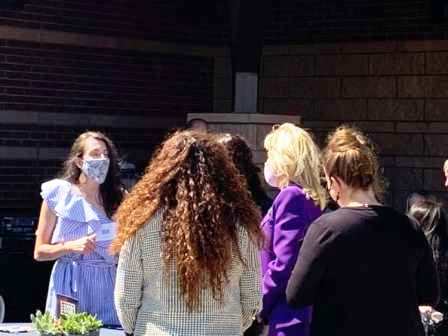 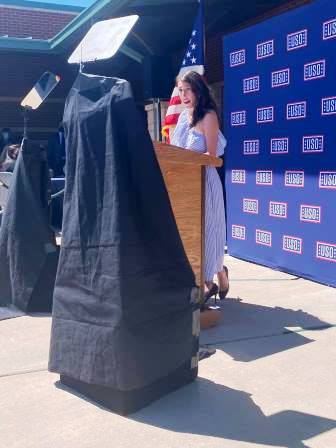 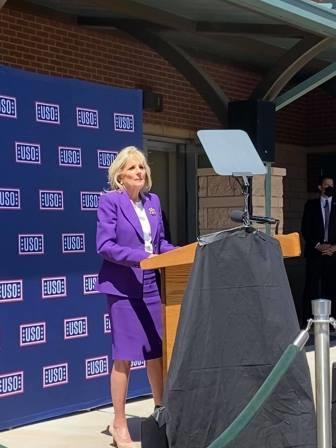 Krista said she was able to write the entire introduction herself, with no direction from Biden’s camp. She said her goal was to humanize Jill Biden and learned a lot about her during research.

Krista’s two young daughters also attended the ceremony and got to meet the First Lady.

She said it was definitely a highlight of her life.

Krista is the daughter of Lisa and Ty Langham of Greenville.