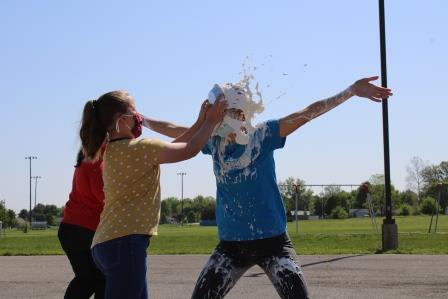 Reading has not only been educational at Greenville Elementary School, but very profitable.

A fundraising read-a-thon campaign was celebrated at the school Monday morning with one of the teachers, Allison Martin, taking several pies to the face from students.

The reading event was sponsored by the GES Parent Club and over $20,000 was raised.

Parent Club President Brenna Garnett-Hopkins said the efforts of the students were amazing. In celebration of passing the $15,000 mark, GES Principal Eric Swingler wore a dinosaur costume. To celebrate passing $20,000, P.E. teacher Allison Martin took some pies to the face.

When the students reached the $15,000 mark, Principal Eric Swingler wore a dinosaur suit. Once the total reached $20,000, Martin knew she would be the pie target.

The top four students raising money were able to hit Mrs. Martin in the face with a whipped-cream pie. Three other students were also picked to throw a pie at her.

The money will be used to construct an outdoor classroom facility, similar to a small pavilion that teachers can use to conduct a class outside. Supplies will also be purchased for use by the teachers. 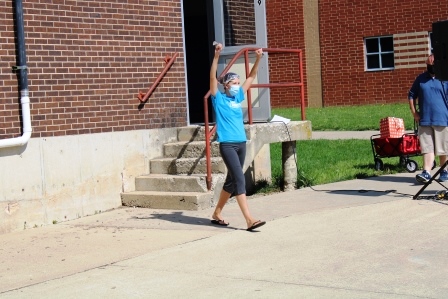 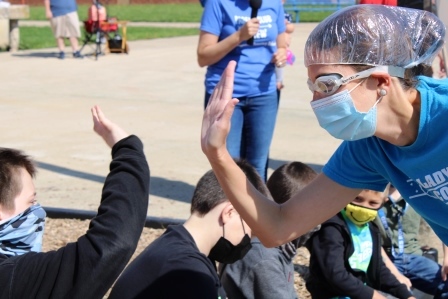 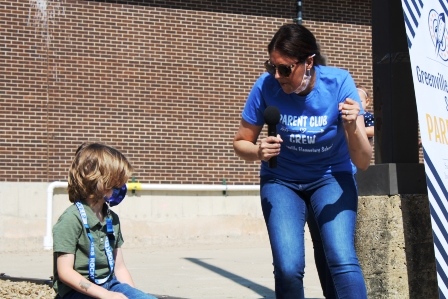 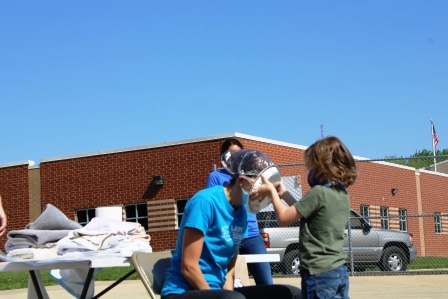 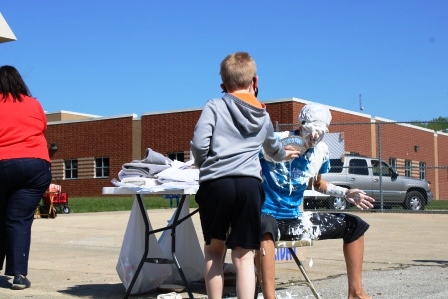 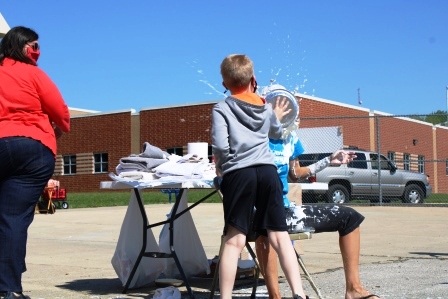 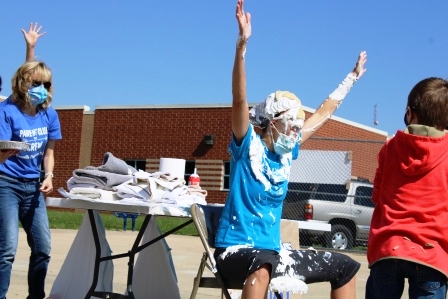 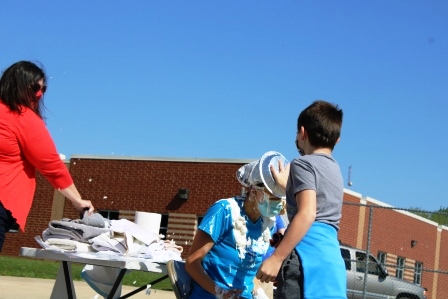 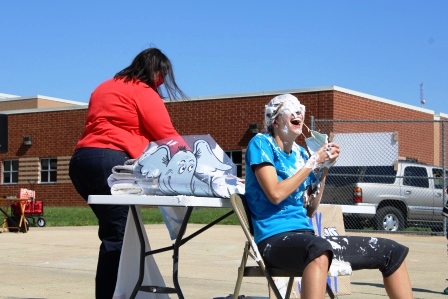 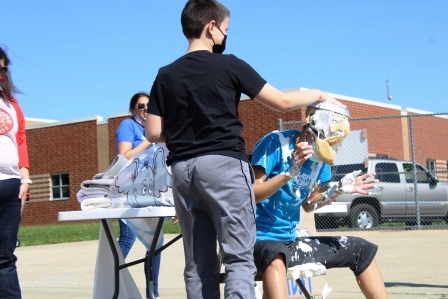 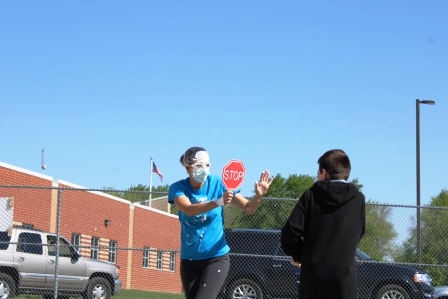 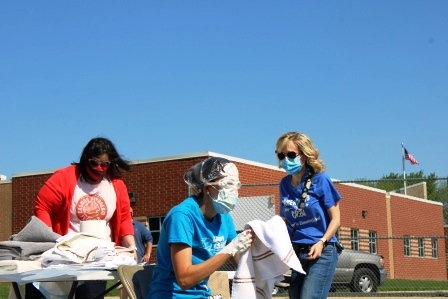 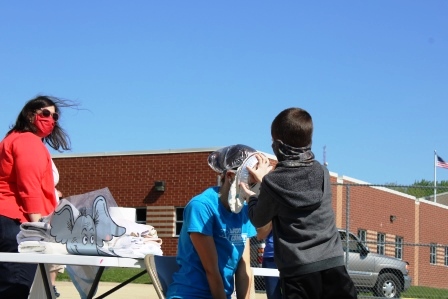 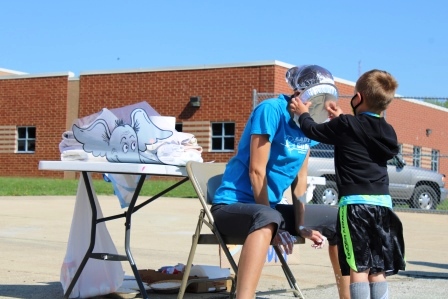 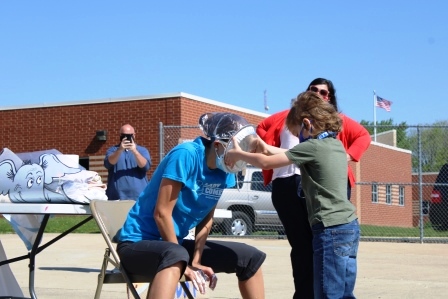 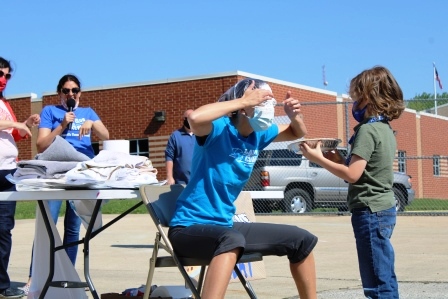 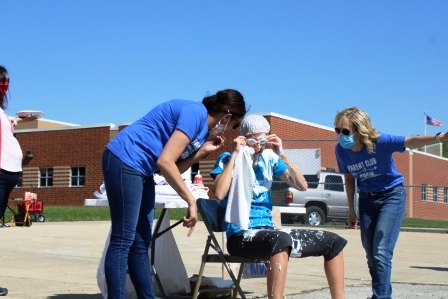 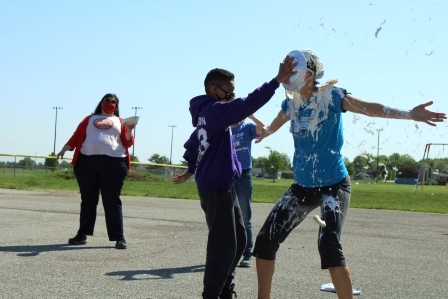