The Greenville Police Department has released its report of activities for the month of May.

There were three felony arrests, two arrests in misdemeanor cases, and seven arrests on warrants.

Officers made 10 traffic stops which resulted in 18 citations being issued. 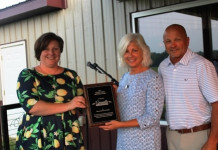