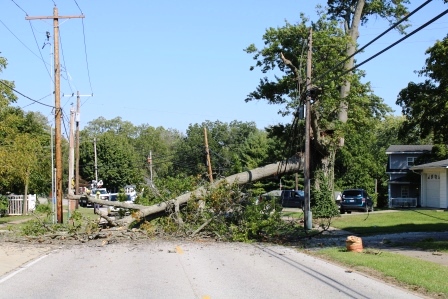 It was a near miss for a Greenville woman when a large part of a tree broke off Monday afternoon and fell onto Beaumont Avenue, across from Greenville Commons.

The incident was reported to Greenville police at 2:11 p.m.

Shelly Sauce from Greenville was driving her vehicle at that location when the tree fell.

She told WGEL’s Jeff Leidel that she had just gotten off work at the high school and was headed into town. She heard popping and cracking sounds and a split second later a large branch fell on her car. She said the heard power lines popping then, so she stayed inside her vehicle and called 911.

Shelly was not trapped or injured.

Power was out for several residents in that vicinity as electric lines snapped, power poles leaned and the tree came to rest on the road and large lines on the south side of the street. 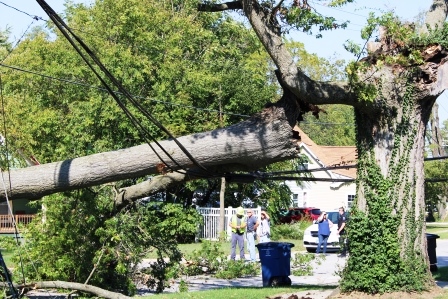 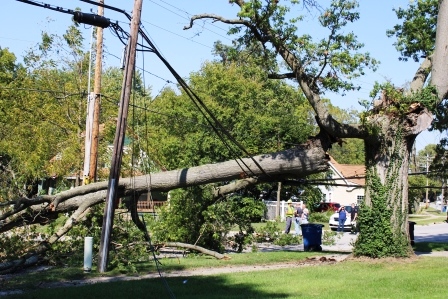 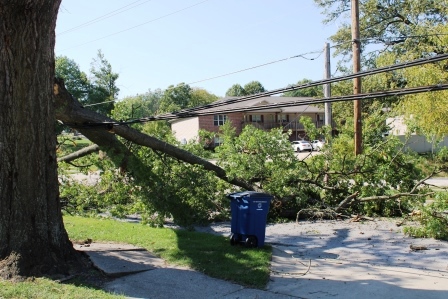 Greenville Public Works Department employees, with trucks, were sent to the scene. Ameren Illinois had linemen there, and Mains Tree Service was also called, along with the Greenville Fire Protection District.

Drivers, trying to travel on Beaumont Avenue between Asbury and Ladue streets, had to take a detour while the tree was removed and the power was restored.