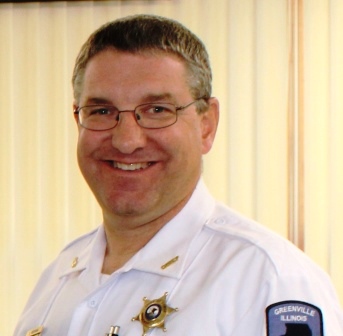 The City of Greenville will be searching for a new chief of police.

It has been announced Greenville Chief of Police Scott Workman is retiring, effective October 31.

Workman has been chief since 2019.

He has over 29 years of law enforcement experience, all of it in Bond County. Workman began his career in 1992 as a deputy with the Bond County Sheriff’s Department, then was hired as a Greenville patrolman on December 1, 1994.

He was promoted to sergeant in 2012, a position he had for seven years before becoming chief of police.

During his nearly 27 years on the Greenville police force, Workman served as deputy commander on the Major Case Squad of Greater St. Louis, a deputized special federal officer, a computer forensic specialist and a department investigator.

Greenville Interim City Manager Sue Ann Nelson told WGEL the city will search for the best candidate to fill the chief’s position as soon as possible.