A portrait of John Knight was unveiled during a ceremony conducted by current Resident Judge Christopher Bauer. Over 60 people attended the ceremony, including Knight’s family members, past and current judges, attorneys, former co-workers and friends. 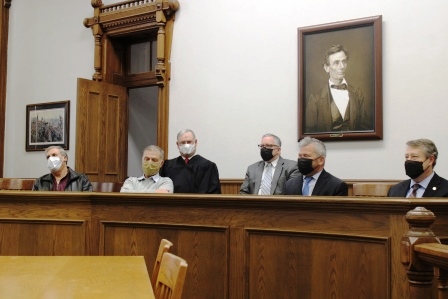 Judge Knight’s picture will join those of other former Bond County Judges Foss Meyer and John DeLaurenti, on the walls of the large courtroom.

Knight was Bond County State’s Attorney for 18 years, then served as resident judge from 2000 to 2018.

Judge Bauer made comments, noting the portrait will serve as a reminder of Knight’s lasting impact.

Beauer said Knight continues to inspire him with his hard work, patience, and respect.

Participating in the unveiling of the portrait were Judge Knight’s four grand-children, Tyler, Carter, Kendall and Angela. 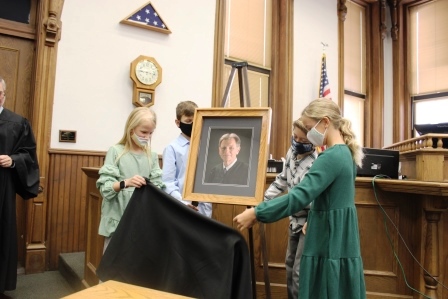 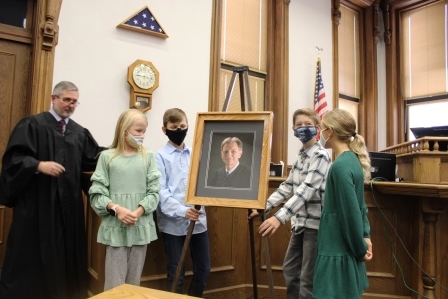 Knight expressed his appreciation and talked about his affection for the courtroom in which he worked for many years.

The frame for the portrait came from wood that was harvested from John Knight’s property and it was crafted by Ed Gorline.