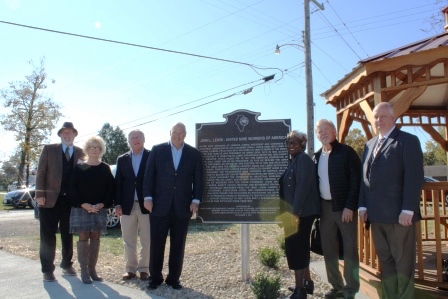 The Village of Panama was in the spotlight last Friday afternoon as the Illinois State Historical Society unveiled a marker in honor of John L. Lewis, former Panama resident, known as a leader of organized labor who served as president of the United Mine Workers of America.

Panama was the site of a coal mine, and in 1909 Lewis moved there and was elected president of the UMS local. His role in labor then continued to expand nationally.

State Historical Society Executive Director William Furry was master of ceremonies for the Panama program and gave an introduction. He pointed out that Lewis wasn’t born in Panama but he came there and became part of the coal industry there before he went on to become the president of the United Mine Workers and the president of the American Federation of Labor.

Edward Smith, president and CEO of the Union Labor Life Insurance Company, said Lewis was an important figure in American labor history. He said he changed America by changing the plight of working people, allowing them to go from working in poverty to creating a middle class.

Also speaking were Marcus Evans, Jr. state representative who is Chair of the House Labor Committee, and Michael Kleinik, director of the Illinois Department of Labor, who read a message from Governor J.B. Pritzker.

Click below to hear an excerpt from the letter:

The marker is located next to a gazebo in John L. Lewis Park near the Panama Village Hall.

It was unveiled by Panama students Taylor and Madison VanOstran, Olivia William and Maryn Tarver.

There were several other speakers. Panama Village Clerk Deborah Hancock read the text on the historical marker to those in attendance. 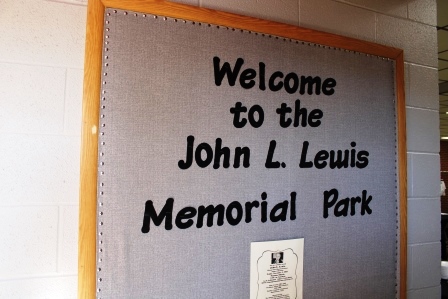 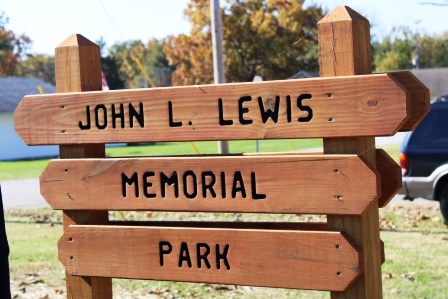 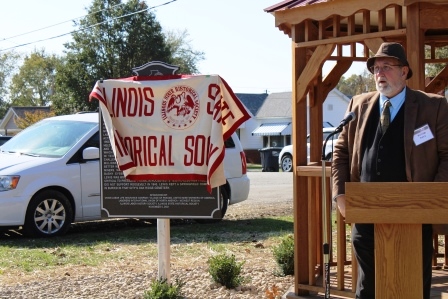 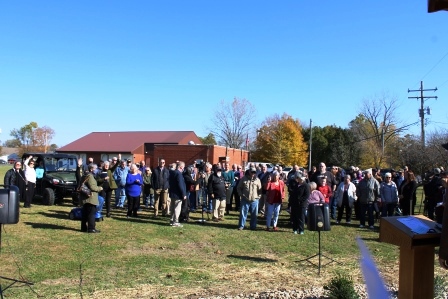 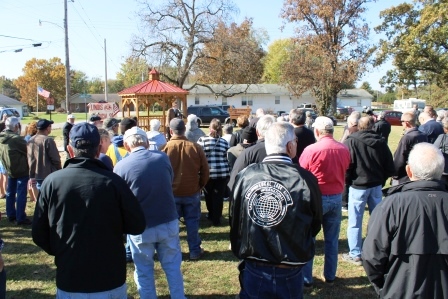 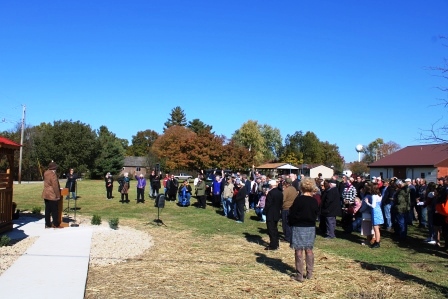 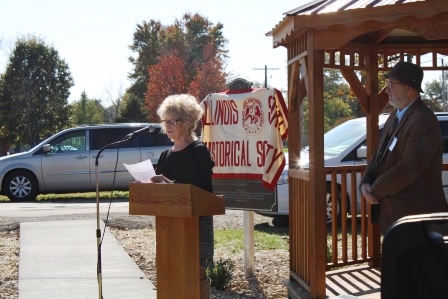 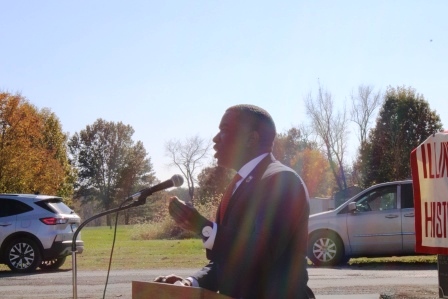 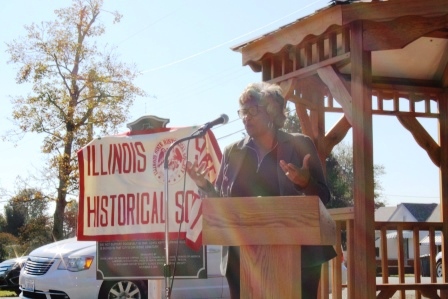 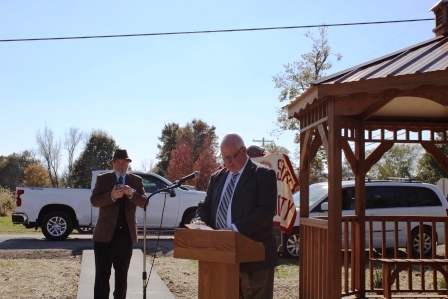 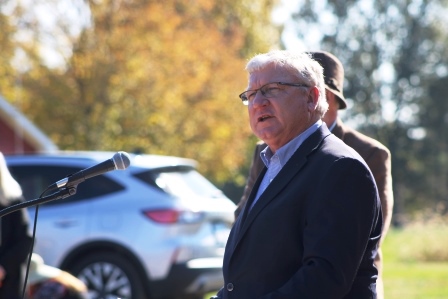 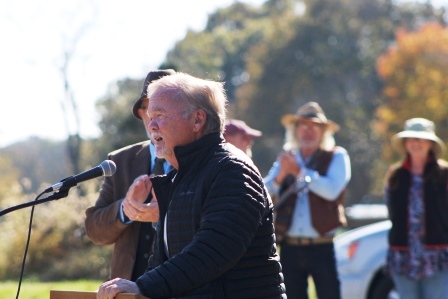 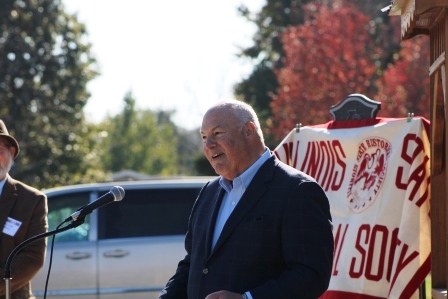 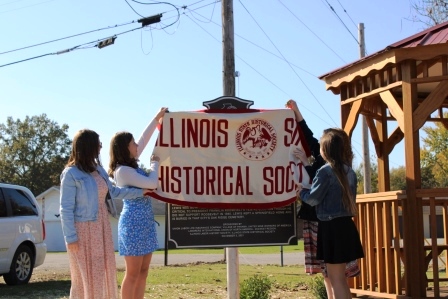 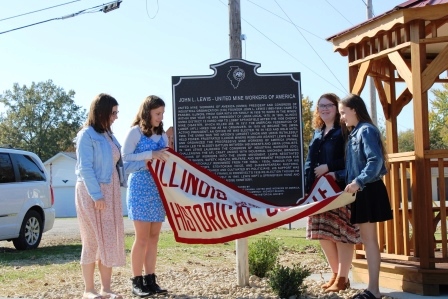 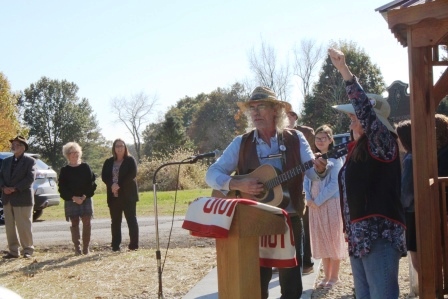 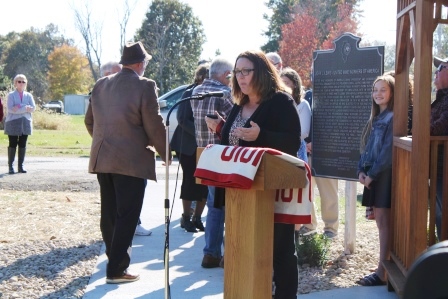 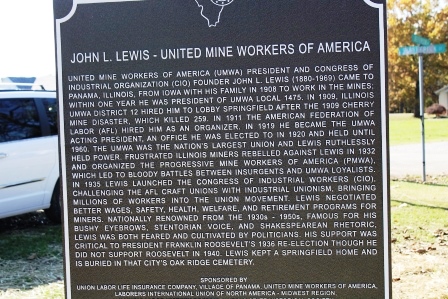