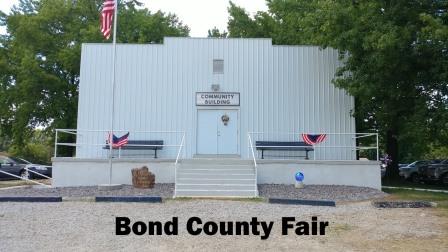 The annual meeting of the Bond County Fair Association was recently held.

Last year’s fair was reviewed. Association members thought the fair went well, despite some rain problems. It was reported it was one the best demolition derbies in recent years in terms of the crowd size and number of cars entered.

The location of the queen pageant had to be moved due to wet conditions. It was held in the American Farm Heritage Museum’s large building, and museum members and other individuals and groups were thanked for their work in making the move successful.

The tractor and truck pulls have been moved to Sunday night, which will be August 7.

The car demolition derby will once again be on Saturday night of fair week with the queen pageant on Monday and parade Tuesday.

Events for the other nights are still being arranged.

Officers were elected at the annual meeting.

Reappointed were Adrianne Eilers as fair secretary and Kathy Hanke as treasurer.