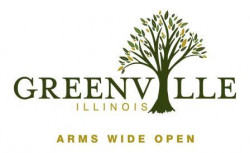 The City of Greenville is looking for a new city clerk and finance director.

Nelson was appointed city clerk and finance director in 2009. She was interim city manager from late August of 2021 to February 28, when Hollenkamp took over the position. Nelson was also interim economic development director the past few months.

While Nelson filled both the city clerk and finance director positions, City Manager Hollenkamp advised the plan is to divide them.

She said the city clerk job will be part-time, and the finance director will be full time.

The clerk is appointed by the mayor with the consent of the city council.

Applications for both positions are being accepted now through March 25.

Information about the applications and candidate requirements are available on the City of Greenville website.