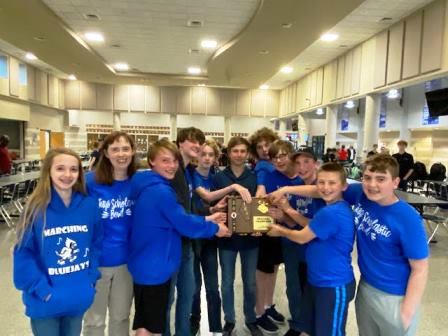 Coach Susan Corbus said the Liberty match was close to the end. The Jays led by 15 points with three tossups left. Jay Miller scored the next two tossups and the teamed earned 20 additional bonus points for the final score.

The Greenville Blue Jays advance to the state sectional this Monday at Edwardsville.

Also with the team at the regional were squad members Ava File, Brock Riedemann, Logan Smith and Alex Curry.