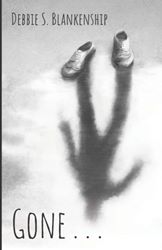 She told WGEL she had done a Bible study on the book of Revelations and she started wondering about what a post-rapture world would be like. She decided to write it out, despite having no idea how to write a book. Once she got started, with the help of a friend who writes, it turned into a story. Debbie said she tried to wrap it up a few times before she brought the story to a conclusion.

Debbie began writing the book last October and in January submitted it to the publisher.

She will have a book signing Thursday, April 14 at the DeMoulin Museum in Greenville at 6:30 p.m. Debbie will talk about the book and answer questions, then sign books, which will be for sale.

She is excited about the book signing.

Copies are also available from any website that sells books online.

Debbie has been asked about a sequel to the first book. She said there are no plans at this time for a sequel, but it could be written or she has an idea for a book on a different topic.