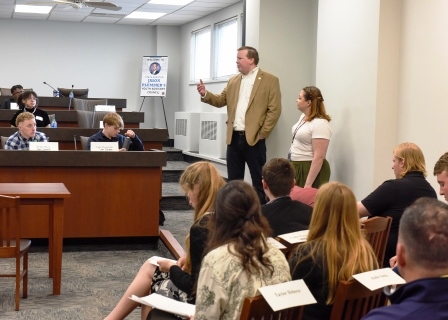 A mental health proposal was the subject of a committee hearing in Springfield this week, but it wasn’t lawmakers handling the debate. State Senator Jason Plummer (R-Edwardsville) welcomed high school students from across the 54th District to the Capitol to hold a mock legislative hearing. The event was part of the Senator’s annual Youth Advisory Council (YAC).

“We need to engage our younger generation in the process of government so we can prepare them to be good citizens, and hopefully some will decide to become future public servants,” said Senator Plummer. “This is an opportunity for them to learn about the process and understand that they can have an impact.”

Plummer’s YAC program meets in the fall, where students have the chance to propose numerous ideas for new legislation. They debate and discuss their ideas, followed by a vote to advance one proposal. The winning idea is the subject of a mock committee hearing conducted by the students at the Capitol in the Spring. 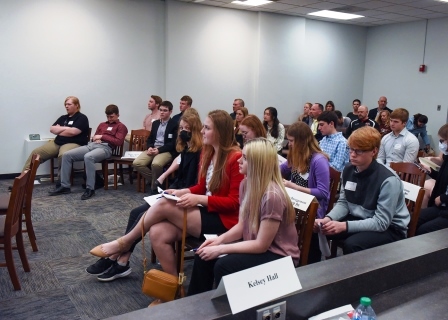 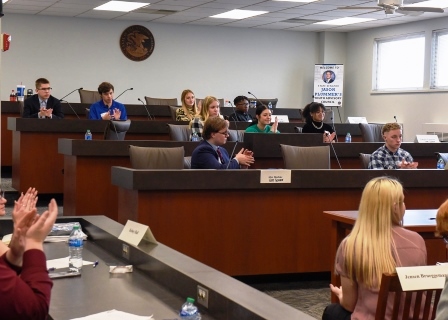 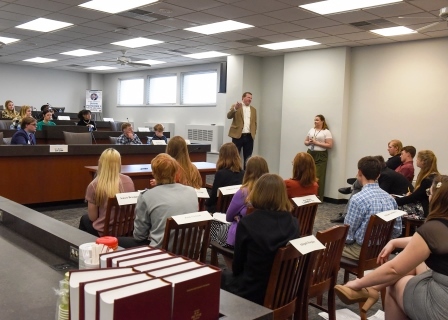 “I was really interested in how the government runs and more specifically how citizens can get involved in issues, so if I see something that I want to get involved in, how I should go about doing that,” said Mascoutah High School student Jack Beaird.

“Government plays a huge role in our lives, as a teenager growing up, I wanted to learn more about who is in charge and what is going on, why everything is happening, I wanted to know who is making these bills, why are they making them, what conflicts go against them, and basically what we could do as ordinary people to get involved and how we could see changes the way we want them to be seen,” said Carlyle High School student Ashlyn Weh.

At the Spring YAC meeting, the students take on the various roles involved in the legislative process, serving as lawmakers discussing and voting on the proposal, concerned citizens and lobbyists advocating for and against the issue, and reporters covering the hearing.

“It’s helped me to get to know my people a little better, form more connections and understand how they think, and learn to understand why they think that way, and to have a more open mind and not just immediately shoot down someone who thinks the opposite way as I do,” said Breese Central Community High School student Cailee Langenhorst.

This proposal up for debate this year involved a mental health program for high school students. After debate, lobbying, and discussion, the students voted in favor of their bill, and the student portraying the Governor indicated she would sign it.