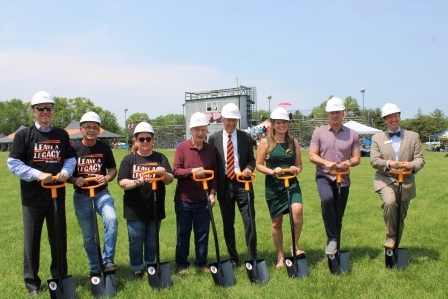 A groundbreaking ceremony was held May 13.

The building will honor the legacy of the late Robert “Ish” Smith and W. Richard Stephens. Both men are former GU presidents. Smith also coached baseball at the university and was very involved in amateur baseball in the United States and throughout the world. Stephens was instrumental in starting the Panther football program in 1987.

The vision for the building includes stadium seating and rentable event space.

The W. Richard Stephens Clubhouse will include restroom facilities and locker rooms for the athletic complex, which is used for football, soccer, baseball, softball and track events.

Construction at the site is scheduled to begin in August 2022 with a target date for completion being the fall of 2023.