A short lived but powerful tornado caused an area of severe damage near Jamestown and Breese Thursday night. A storm system moved through the entire listening area both in the afternoon and the early evening on Thursday. Radar indicated debris was seen by the National Weather Service just after 6PM around Jamestown and a tornado warning was issued. At that time the storm cell was moving north at 50 miles per hour and heading toward Greenville. The tornado appeared to be short lived before spinning back up into the clouds, but listeners in the area reported several barns, silos and cattle barns damaged along Jamestown Road not far outside of Breese. Metal debris from the buildings was seen throughout many fields after the storm passed.

A tornado was also confirmed in Bond County Thursday. The National Weather Service confirms an EF1 tornado with maximum winds of 110mph impacted northern Clinton and southern Bond counties late Thursday afternoon. The tornado touched down a couple of miles north of Breese on Jamestown Road and continued northeast until it reached the southern outskirts of Greenville. Damage along the path included extensive damage to farm outbuildings, machine sheds, as well as minor damage to residences.

Power went out after different times and places throughout the county as the system moved through. Its likely more damage will be reported as the day goes.

One motorist on Olde Cabin Road in Greenville was trapped when a power line fell on their vehicle. Greenville fire personnel and Southwestern Electric crews removed the line and the motorist was safely able to exit the vehicle.

Greenville firefighters were called for a water rescue Thursday evening on Rt. 127 at Ginko Road. The occupants of the vehicle were able to remove themselves from it safely and fire personnel stood by until the vehicle could be towed from the water.

Rain totals called in from the area include .5 inches in Coffeen, 1.3 inches in Mulberry Grove, 1.5 in Pocahontas, and 1.9 in Greenville.

This one was taken on Old 50 in Carlyle. 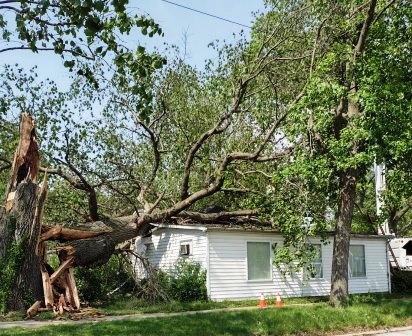 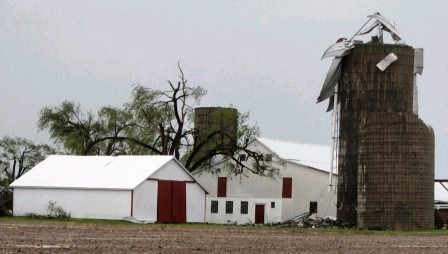 A listener submitted these pics, taken between Jamestown and Breese. 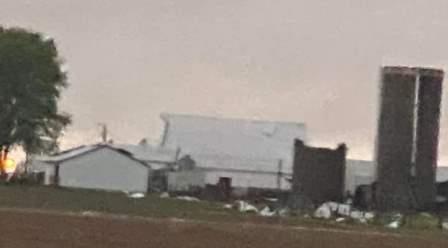 Michael Stefanisin shared these pics of the storm from north of Breese. 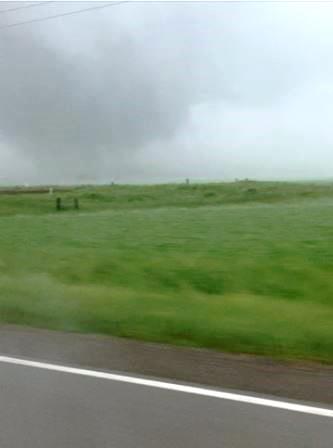 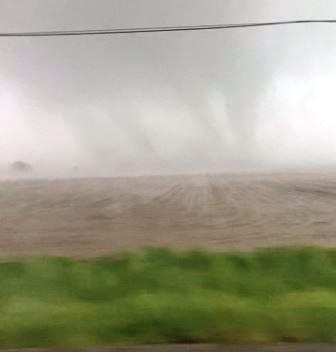 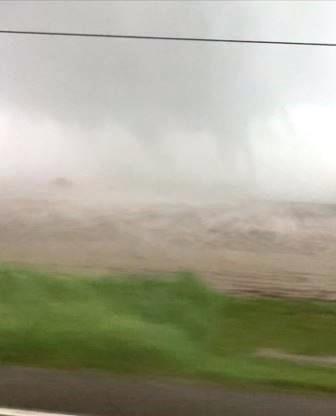 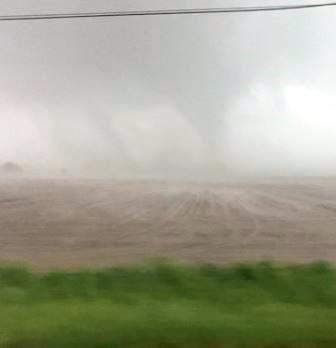 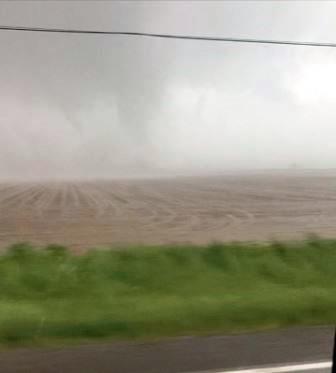 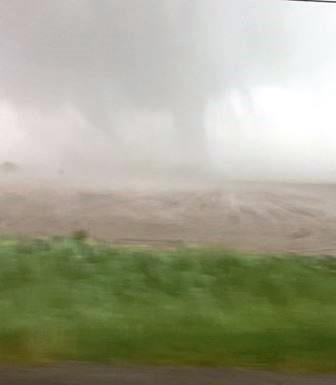 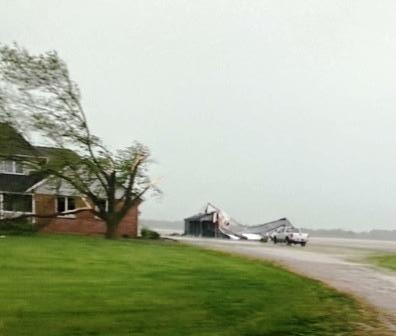 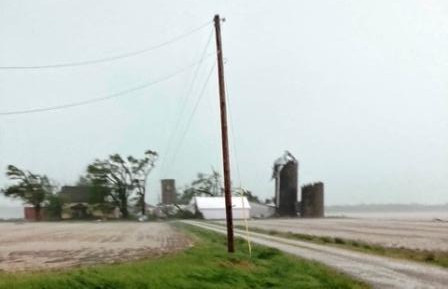