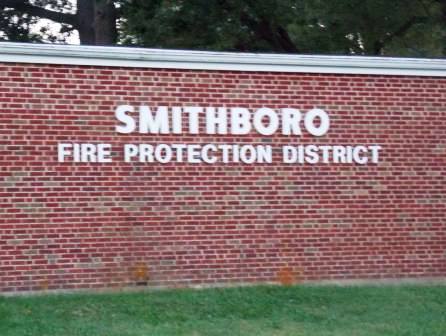 The Smithboro and Mulberry Grove Fire Protection Districts were paged to the area of Ted’s Recycling in the 1100 block of Mulberry Grove Road Sunday for a report of a pile of tires or shed on fire. The call came in at 1:27 AM Sunday.

Smithboro fire officials report a pile of tires had caught fire next to 2 shipping containers. Firefighters were able to get the flames under control initially. The Greenville Fire Protection District was called for mutual aid to provide water and firefighting foam. Fire personnel were on scene for about approximately an hour and a half with no injuries.

Both shipping containers and contents were protected. The pile of tires was made up of old tires that were in the process of having the rims removed. The cause of the fire was from a small pile of pallets and trash that was being burned off and had caused the tires to ignite.

The Smithboro and Mulberry Grove districts were paged out again to Teds Recycling for a timber fire Sunday at 6:31 PM. Firefighters arrived on scene and found a small fire burning in the timber. Officials believe this fire may have started from an ember that flew from the tire fire earlier in the day. Crews were on scene for the second call for about a half hour.