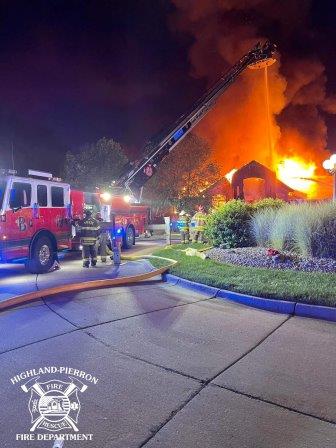 The Highland-Pierron Fire Department was dispatched to respond to a possible house fire in a subdivision on Capilano Street just outside of Highland on Tuesday, June 28, at 1:59 am.

The Highland Fire Department was paged simultaneously for automatic mutual aid. Fire personnel report, upon their arrival, there was significant smoke coming from the eaves and chimney. Additional fire department personnel and apparatus were requested.

As crews made entry into the home, conditions reportedly worsened rapidly and significant signs of the integrity of the structure already being compromised were identified. Signs of impending floor collapse forced a defensive-only attack within 20 minutes of the alarm.

The homeowner and other 2 adults sleeping in the residence were alerted to smoke by working and interconnected smoke detectors. They evacuated immediately and escaped injury. Fire crews report the amount of smoke intensified within a short time of the occupants safely evacuating the home. 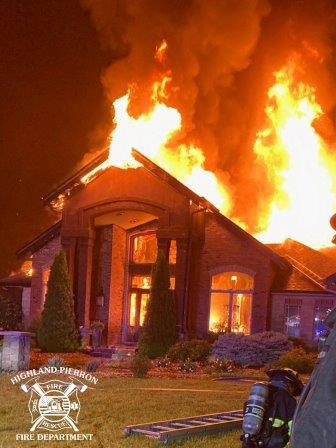 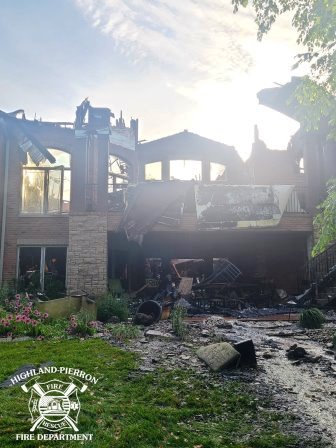 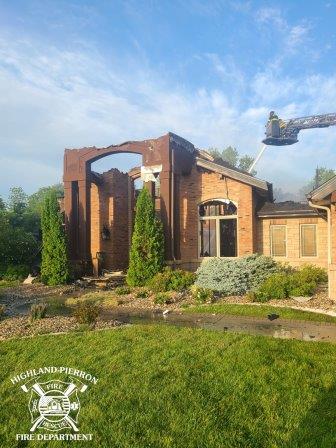 The homeowner reported the sound of a possible lightning strike during a storm Saturday night, and noted half of their outlets were no longer functioning on Sunday. The occupants also reported their main floor feeling warm to the touch and contacted an electrician on Monday, who hadn’t yet been available to assess the home.

The Office of the State Fire Marshal will investigate the fire if it is related to the possible lightning strike.

The American Red Cross is assisting the family.

No one on the scene was injured and fire personnel emphasized the importance of smoke detectors noting they made all the difference in this case.