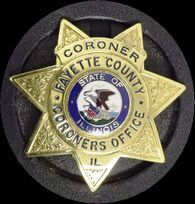 On Saturday morning, June 4, a seven week old infant was discovered unresponsive by her parents at a Vandalia residence.

An autopsy on the child was performed in Bloomington on Sunday, June 5. No further information is being released but the incident remains under investigation by the Vandalia Police Department, the Child Death Task Force and the coroner’s office.