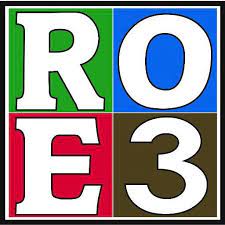 Ever since the Bond County Community Unit 2 Board of Education voted to close Sorento School, supporters of the center in that area have been working on being removed from the Unit 2 district.

A petition, asking the Regional Board of Education Number 3 to consider annexing that large area of property into the Mt. Olive School District 5, was filed May 12.

Regional Superintendent of Education Julie Wollerman has scheduled a public hearing, to be conducted before the regional board of school trustees, for 6 p.m. June 30 at the ROE Number 3 Professional Development Center, 1500 West Jefferson Street in Vandalia.

Wollerman said she went through the petition, accepted it and set the hearing.

She told WGEL, the first item of business will be the board deciding whether or not to proceed with the hearing since Unit 2 claims the petition does not contain all of the legal elements.

If the board accepts the petition, it will proceed with the hearing, allowing visitors no more than five minutes apiece to speak. Testimony will also be heard from the parties directly involved in the petition.

Wollerman said those unable to attend, but wanting to make comments, can submit signed and notarized testimony to her and she will present it to the regional board.

The regional superintend told WGEL she anticipates the regional board members taking action that night on annexation, if there is a hearing. She mentioned all decisions of the Regional Board of Trustees go into effect July 1, which is the following day, so if no action is taken before midnight of June 30, any decision would have to wait another year to take effect.

Wollerman also advised the regional board would not be acting on the Sorento School building, which is owned by Bond County Community Unit 2. She said the decision would be which district is better for the students to attend.