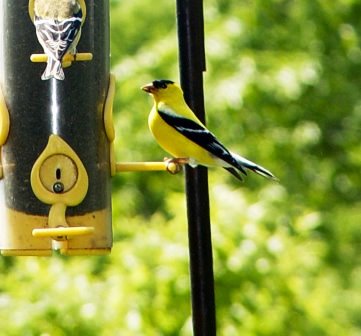 IDNR originally recommended the use of bird feeders and bird baths be suspended through May 31 in response to the EA H5N1 strain of highly pathogenic avian influenza (HPAI) in Illinois.

With the annual spring migration of non-resident waterfowl and other migratory bird species complete, the risk of further disease outbreaks among wild bird populations has been minimized. To date, HPAI has not been detected in songbird species.

“The IDNR would like to thank the public for their assistance and cooperation in potentially reducing the spread of HPAI during this critical time,” said Chris Jacques, the agency’s wildlife disease program manager.

And because HPAI may still occur in resident waterfowl, people should avoid feeding ducks and geese. Even under normal conditions, feeding waterfowl can lead to nuisance problems and, consequently, increase rates of disease transmission in wild bird populations.