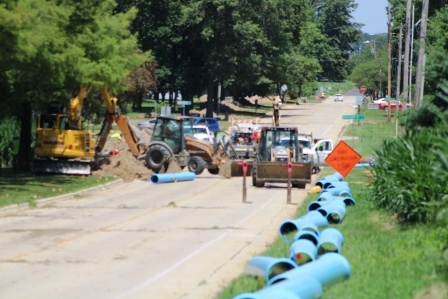 The water main project on Idler Lane in Greenville is progressing very well.

New pipe is being installed from Illinois Rt. 140, south to College Avenue.

At Tuesday night’s Greenville City Council meeting, an update was given by Project Manager Lee Beckman from Milano & Grunloh Engineers of Effingham. 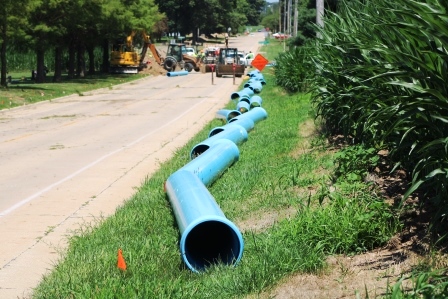 Beckman said the work is progressing faster than expected; they got a lot of work done in a short time. There was a discovery with some valves that were different sizes than expected. Beckman says that they are in contact with a contractor to incorporate a valve and line stop. When the project was bid out, many of the line stops were thought to be unneeded and were deleted. They had a change order of approximately $75,000. They are adding back in a line stop which will make approximately $28,000 that will be brought back to the council at the August meeting. Beckman says that any sand and rock back fill with big heavy rains may change things, but they will be keeping an eye out.

The new line is replacing one which had been in use for many years and was breaking, leading to some boil orders for residents once repairs were made.