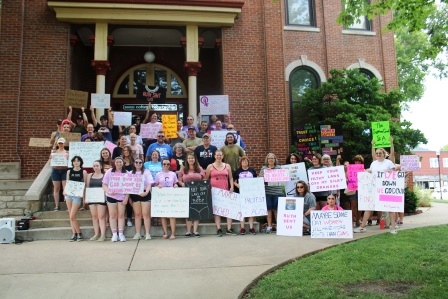 A protest, opposing the U.S. Supreme Court’s reversal of the 49-year old decision of the Roe versus Wade case was held Friday afternoon on the Bond County Courthouse lawn. 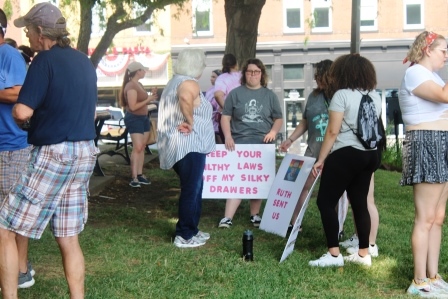 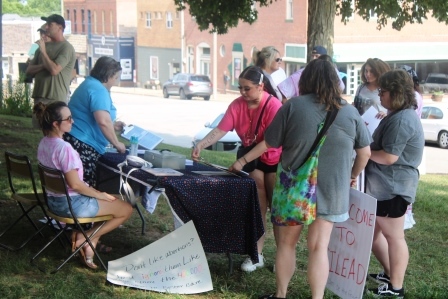 Abby Heitzig, one of the organizers of the local event, talked to WGEL’s Jeff Leidel about it. She said the peaceful demonstration was held to voice the group’s dissatisfaction with the overturning of Roe v. Wade. She said they are also raising money for bordering states that have trigger laws in place and conducting voting registration. Their effort is ongoing and supporters can find out more by following the Southern Illinois Reproductive Rights group on Facebook. There is also one specifically for Bond County Called BoCo Pro Roe.

Speaking at the protest was Katherine Daniels, 15th District Democrat State Central Committeewoman. She urged everyone to vote in November. She shared that right after Roe v. Wade was overturned, a woman expressed her displeasure to her. Daniels asked if she voted in the last election and the woman hadn’t. She said voting is the most important thing to make a difference.