Two fatal crashes occurred over the weekend. The first, which was Friday, July 22nd, happened around 7:25 PM and left one individual deceased and one injured. Illinois State Police report 34 year old Daniel Adams, of Gillespie, was westbound on Rt. 16, approximately a quarter-mile southwest of 5th Street in Witt, when his van veered off the road and struck and embankment and tree. The passenger, a 59-year-old male, was pronounced dead at the scene. Adams was transported to the hospital with non-life-threatening injuries.

The second crash happened on the night of Saturday, July 23rd, on IL Rt. 100 in Jersey County. Police say 26-year-old Dustin Brown, of Lebanon, was riding his motorcycle southbound about a mile north of Mill Street in Elsah, when he left the roadway to the right and struck a guardrail then crossed the road before coming to rest in the left ditch. Brown was pronounced deceased at the scene.

An airplane crashed near Centralia on Saturday, July 23rd in the afternoon, and two people were on board.

The passenger, 56-year-old Cheryl Monserat-LaGreca, of Lacon, Illinois, was killed in the crash and the pilot, identified as Glenn Rossi, of the Peoria area, sustained major injuries.

FOX2 reported that the plane lost power and started losing altitude, crashing into someone’s pool with no engine power. It happened near the Centralia Regional Airport, and officials are currently investigating the cause of the crash. 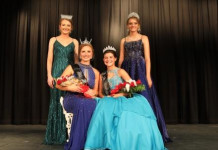