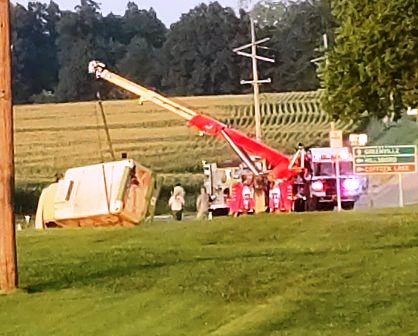 A two vehicle crash occurred about 5:30 p.m. last Friday at the junction of Illinois Rt. 127 and Illinois Rt. 140 near Patriot’s Park.

According to the Bond County Sheriff’s Department, a SUV unit driven by Kenneth Vollintine of Panama was southbound on Rt. 127, approaching a stop sign. It was reported the Vollintine unit allegedly struck a Schwann’s Home Delivery truck, driven by Matthew Holmes of Livingston.

The deputy investigating the accident indicated that after SUV hit the passenger side of the truck, the Schwan’s vehicle overturned, coming to rest on its side.

The Schwan’s truck operates on propane, and the collision caused a propane leak. The Greenville Fire Protection District was sent to the scene to address that situation.

Both drivers were taken to HSHS Holy Family Hospital in Greenville for treatment in the emergency room. 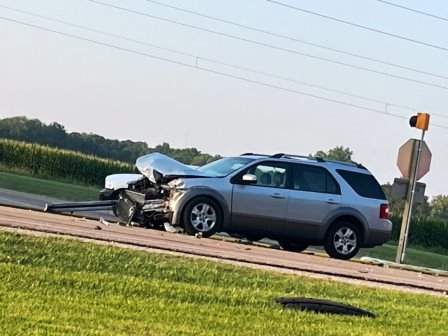 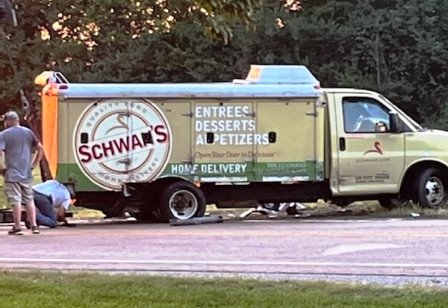