During last week’s Greenville City Council meeting, an update was presented on a project to install street lights on the east end of College Avenue.

Lee Beckman, engineer with Milano & Grunloh of Effingham, advised easements should be completed in a week or two, which will allow installation of light poles to proceed.

The city council is supporting the project in which the lights will be placed on the south side of Mt. Auburn Cemetery. Comments have been made that section of road is very dark at night.

The council is proceeding, even though the property where the lights will be erected is not in the city and belongs to Central Township. The initial cost to install four new poles with 250 watt lights, about 260 feet apart, will be about $18,000. All connectors between the poles will be buried.

The city will also be paying future electric costs for the lights, and have to maintain that section with mowing. The city has traditionally plowed snow along that stretch.

According to city officials, the township is not interested in the project. An intergovernmental agreement will be needed between the city and the township. 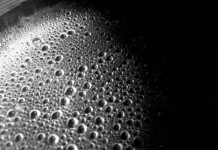 Some Communities Still Under Boil Orders