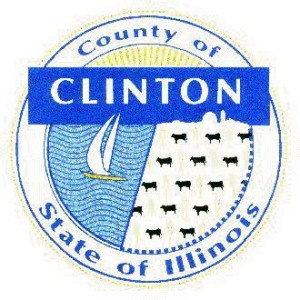 “The safety and wellbeing of Illinoisans has always been — and will always be — my top priority,” said Governor JB Pritzker. “That’s why we are transforming our emergency response system with modern tools like Next Generation. When there’s an emergency, there’s no time to waste — and Next Generation 911 will ensure that first responders like paramedics, firefighters, and police officers have the information they need to respond quickly and efficiently.”

Next Generation 911 Service is a system comprised of managed IP-based networks, gateways, functional elements, and databases that augment or replicated current 911 features and functions and provide new capabilities. It is designed to provide access to emergency services from all sources, and to provide multimedia data capabilities for Public Safety Answering Points (dispatch) and other emergency service organizations.

“Using Next Generation 911, routing 911 calls to the appropriate Public Safety Answering Point is based on the caller’s location using geographic coordinates and other information obtained by GIS technology,” said Barbera-Brelle. “Next Generation 911 allows emergency calls to be mapped by coordinates or address locations. More accurate information about the caller’s exact location allows calls to be routed to the closest answering point to dispatch emergency services.”

Because of the multimedia capabilities of Next Generation 911, text, video, and images, when available, can be routed to first responders so they can receive more information in advance of arriving on scene. For example, officers will be able to see images of suspects before they arrive, firefighters can get a picture of a building fire, and paramedics can see a photo of a vehicle crash. This can help aid in the response.

“With a statewide Next Generation 911 Network built on the i3 standard, we migrated from a legacy single function network that served us well to now a mission critical IP network with endless possibilities,” said Grundy County Sheriff/Emergency Telephone System Board Director of Electronic Operations Chris Kindelspire. “We have experienced quicker call setup and delivery, increased location accuracy, plus improved audio quality. As this network continues to develop, the Grundy County ETSB is poised to take advantage additional capabilities as to provide callers with the level of service they expect.”

“This is an exciting time in the 911 industry,” said KenCom Public Safety Dispatch Lynette Bergeron. “In an industry where seconds count, we are seeing faster delivery of the location of cellular callers and a more precise location. This is beneficial in helping our telecommunicators locate a caller when the caller doesn’t know where they are or is unable to communicate.”

In 2015, Public Act 99-0006 established the Office of Statewide 911 Administrator within ISP and transferred all rights, functions, powers, and duties of the Illinois Commerce Commission and the Wireless Emergency Telephone Safety Act to ISP. This gave ISP oversight authority of 9-1-1 systems and provided administrative support to the Statewide 911 Advisory Board. The law also established consolidation requirements for public safety answering points, mandated the delivery of enhanced 911 to unserved counties, and required the establishment of a statewide Next Generation 911 network to enhance the delivery of 911 service to citizens living in and travelling through the state of Illinois.

Video of the news conference is available at https://www2.illinois.gov/cms/agency/media/video/pages/videos.aspx.