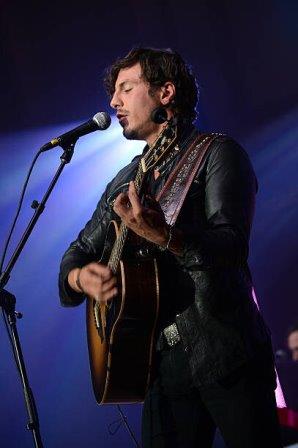 The Bond County Fair will feature a live music concert Friday night, which is being billed as Nashville Nights, Fairground Lights.

The headliner, Joshua Scott Jones, grew up in Charleston, Illinois and now lives in Nashville, Tennessee.

The act’s first single was a big country hit. “Keep On Lovin’ You” went to number four on the country chart in 2009. It was co-written by current country superstar Chris Stapleton. Two other Steel Magnolia songs went top 30 in 2010.

Since being in Steel Magnolia, Jones has been a solo act, releasing four albums.

Jones told WGEL that Steel Magnolia was really a story of overnight success, with big concerts, recordings and at least 20 appearances on the Grand Ole Opry.

Jones is looking forward to performing at the Bond County Fair.

The other acts include local openers Than Williams from Sorento, Connor Jones from Pocahontas, Jesse Cain and band from Nashville, Tennessee, and the trio Iron Horse, which includes Greenville resident Carl Da Corte, who plays upright bass.

Tickets are available at BondCoFair.com or at the grandstand box office, which opens about an hour before showtime.