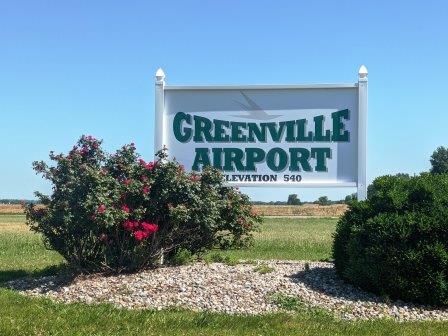 Two Greenville pilots will be honored Saturday, August 20 at the Greenville Airport for their years in aviation.

Jerry Wall and Marlin Wade will be presented the Wright Brothers Master Pilots Award by the Federal Aviation Administration for over 50 years of aviation experience.

Marlin Wade enlisted in the U.S. Air Force in 1950, working as a mechanic and hydraulic specialist on the B-36 bomber and F-86 fighter. Marlin went to work at Scott Air Force Base in 1954 and joined the Scott AFB Flying Club. He received his private pilot license in September of 1961.

He has been a fixture at Greenville Airport as a member of the Greenville Pilots Association, serving several terms as president and playing an important part in organizing and staging the airport’s Airstravaganza.

Jerry Wall was mentored in his flight career by Neal Hensley, who had a 1946 Piper J3 Cub plane and his own runway in Reno. Wall began his formal training at the Highland Airport in 1954 and received his pilot license in 1966.

In the 1980s, Jerry added a commercial rating to his license and became the pilot for the Greater St. Louis Parachute Club.

The public is invited to Saturday’s ceremony to celebrate these two local, veteran aviators. IT is at 10 a.m. at Greenville Airport.