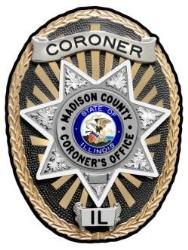 A Troy woman was killed in a house fire Thursday. 69 year old Susanne E. Tomlinson, was pronounced deceased by the Madison County Coroner’s Office just before 5 PM Thursday, after she was discovered within her residence upon completion of fire suppression operations. Multiple area fire departments were called to the scene in a coordinated effort to contain and extinguish the fire.

Troy Police officers were summoned to an address in the 500 block of Wood Thrush Street for a domestic disturbance at approximately 2:22 PM Thursday. Upon their arrival, officers discovered an active fire within the residence.

An autopsy examination is scheduled which will aid in determining the cause and manner of death. The circumstances surrounding this incident remain under investigation by the Troy Police Department, Illinois State Fire Marshal’s Office, Illinois State Police Crime Scene Unit, and the Madison County Coroner’s Office.