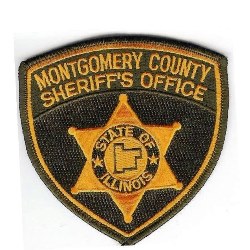 Montgomery County officials have released more information on a story from last week.

On Saturday, September 10, at approximately 3:02 PM, deputies from the Montgomery County Sheriff’s Office responded to the 911 report of a self-inflicted gunshot wound on private property located in rural Litchfield. The Litchfield Police Department also responded and assisted at the scene.

When Deputies arrived they located a 14 year old male suffering from a single gunshot wound. The 14 year old male, identified as Austin Robinson of Waggoner, was transported by the Litchfield Fire Department to St. Francis Hospital in Litchfield. Robinson was airlifted to Cardinal Glennon Children’s Hospital in St. Louis, Missouri. Robinson later died of his injuries.

Based on the information collected during the course of this investigation and the findings of a Medical Examiner in Missouri it has been determined that Robinson’s injury and death were due to the result of an accidental self-inflicted gunshot wound.