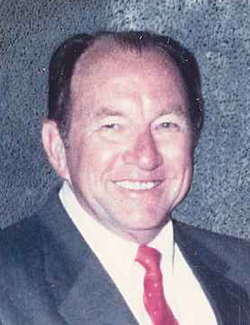 He was preceded in death by his parents – William and Wilma Ackmann; his wife, Mary Ackmann; a son-in-law – Clyde E. Dorries; a sister – Lucille Trapp; and his in-laws – Bud Donnewald, Irene Donnewald Romo and husband Alfred, Jim Donnewald and wife Ruth and Bob Moore.

Mr. Ackmann never outgrew the farmer in him and enjoyed taking trips to visit the farm. He was a 50 year member of Scott Lodge #79 and a member of the Ainad Shriners of Southern Illinois. Carl was an avid sports fan, who loved the Cardinals, Rams, Fighting Illini, NASCAR and Mater Dei Basketball. He also enjoyed playing golf and cutting grass at Carlyle Lake Golf Club.

The family will greet friends at Zieren Day Funeral Home in Carlyle on Friday, June 6, 2014, from 4:30 – 6:30 P.M. The Masonic and Shriners service will be held on Friday evening at 6:30 P.M. at the funeral home. Private burial will take place at St. Marys Cemetery in Carlyle at a later date. As an expression of sympathy, memorial donations in memory of Mr. Ackmann are suggested to Shriner’s Hospital for Children or to Mater Dei High School and will be received at the funeral Home.