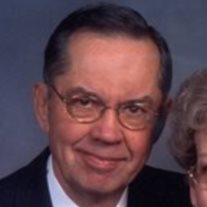 Dr. Ronald Richards, age 76 of Greenville, passed away Thursday, June 19, 2014 at 10:22 p.m. in St. John’s Hospital, Springfield, Illinois, his wife, three children and two grandchildren by his side.

Funeral services will be held at 11:00 a.m. on Monday, June 23, 2014 at the Greenville Free Methodist Church with Rev. Doug Newton officiating. Interment will follow in Mt. Auburn Cemetery. The family will receive friends at the Donnell-Wiegand Funeral Home from 5 until 8 p.m. Sunday.
Ralph Ronald, the son of Ralph Riley and Matilda Johanna (Reichelt) Richards, was born November 22, 1937 in Wenatchee, Washington. He attended the local schools with his two sisters, Barbara and Janet.

In 1950, the family moved to Entiat, Washington where his father served as Superintendent of Schools. At an early age, Ron’s father introduced him to basketball. By the time he graduated from Entiat High School, a sports writer from Spokane had singled him out at a State Tournament. George Cheek wrote, “There are always plenty of impressive basketball players, as far as skill is concerned, at any state tournament. And usually there are one or two whose grit impresses you. Such a one is Ron Richards of Entiat. This young man is 6’4” and an extremely skinny-there is no other word for it-160 pounds…. He won’t make all-state… but, he’s the one player we will remember when the all-stars are forgotten.” He continued to play basketball, recreationally, for many years.

Ron attended Seattle Pacific College, graduating in 1959. It was there he met Marilyn Joan Clark in an Organic Chemistry Class. On September 9th, 1961 they were married in the Free Methodist Church in Sacramento, California.
By 1964 he had earned his Doctorate in Chemistry, graduating from the University of Washington. The couple moved to Greenville where he taught Chemistry at Greenville College for 38 years, serving as the head of the Chemistry Department for much of that time. They raised three children who graduated from Greenville College; Rhonda, Tami, and Rodney.
In addition to teaching, Ron spent summers and sabbatical leave time in the 1970’s doing research for NASA and the Environmental Protection Agency. The process he helped develop detects ozone in the atmosphere using a technique called delayed chemiluminescence. It was patented. This and other research resulted in the removal of gasses used as propellants in aerosol cans. Federal grants allowed Ron to involve his Chemistry students at Greenville College in conducting these and other experiments.

Ron loved photography and taught a college class on the subject whenever he could. His attention to detail, and his training as a scientist exposed students to a level of information usually associated with professionals.

Upon retirement, Ron and Marilyn travelled throughout the United States taking photographs in National Parks, mountain ranges and coastal areas. Ron leaves a legacy of landscape photos that capture the magnificence of God’s Creation.
In lieu of flowers, please make memorials to Greenville College, www.greenville.edu/giving or you may call them at 618-664-6500