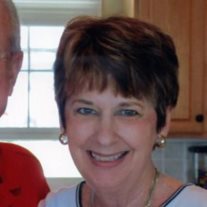 Born August 21st, 1946 in Chicago to Geraldine (Moon) and Eldon Nilsson, Jennifer had a long and successful career teaching in Norfolk, Virginia and Schaumburg, Illinois. She cherished the family farm north of Mulberry Grove as family land, and always wanted to reside in Bond County upon retirement.

Jennifer attended the University of Kansas located in Lawrence, Kansas where she met Wayne, her future husband. They married in Flossmoor, Illinois on August 17, 1968. Jennifer received a Bachelor’s degree in elementary education and a Master’s degree in elementary counseling, both from The University of Kansas. She was a member of the Chi Omega Sorority. She navigated the roles of teacher, mother of three, and the particular social necessities of being a General Officer’s Spouse with exceptional devotion and care. Upon returning to the area, she also added the role of loving grandmother. The sounds of her practicing the oboe – with the music echoing off the trees in her Mulberry Grove backyard – still continues to sing in the ears of those who had the good fortune to hear how beautifully she played.

Jennifer made many civic contributions to Greenville, Mulberry Grove and Vandalia. She was a member of The Greenville Pierian Club, President of The American Legion Auxiliary of Mulberry Grove and a founding sponsor of the “Girls’ State” program which funded young women from local high schools to attend leadership development classes during the Summer. She established the “Little Lending Library” in Mulberry Grove, played in The Greenville Summer Municipal Band and was a member of Home Extension. At her church in Vandalia, she was a member of Catholic Daughters of America and played oboe as well as sang in the choir. Because of the special needs of her grandchildren, she gave generously to The National Gaucher Foundation and the agencies that support a cure for RETT Syndrome. She donated the corneas of her eyes to the Mid-America Transplant Services.

Her funeral Mass will be held at 11:00 a.m. Wednesday, June 18, 2014 at Mother of Dolors Catholic Church located at 322 N. 7th Street in Vandalia, Illinois. Father Barry Harmon is officiating. Visitation at the church is from 9:00 a.m. until service time. Interment will follow in Fairlawn Cemetery, Vandalia, Illinois. Visitation will be held Tuesday, June 17, 2014 from 5:00-9:00 p.m. at the Donnell-Wiegand Funeral Home in Greenville. For those who desire, memorials may be made to The National Gaucer Foundation or to Rettsyndrome.org. A celebration of her life is planned at a later date in the Chicagoland area where friends and family will be invited to remember her, and all she looked at with her very memorable green eyes. 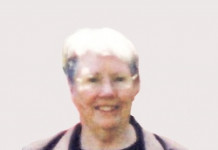 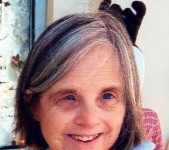