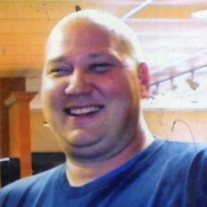 Joseph William, the son of Rodney (Alla) Moss and Gwen Elkins Moss, was born May 17, 1979 in Pocahontas. Joseph attended the local schools in Pocahontas and Greenville High School graduating with the class of 1997. He worked 16 years at Kettle River in Edwardsville and Klass Furniture in Highland.

Joseph and Kellie Gaffner were united in marriage on March 22, 2012. He recently started attending the Greenville Free Methodist Church. He loved coaching his boys baseball teams and had a love for the game of baseball. Kellie and his boy were Joseph’s life.

Donations may be made to the Moss Family at the Donnell-Wiegand Funeral Home or during the visitation or service at the church.