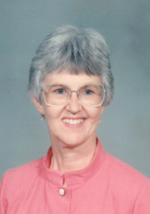 Luella “Lu” Thien, 75, of Breese, died Monday, June 16, 2014 at Countryside Manor in Aviston, IL.  She was born April 15, 1939 in Germantown, IL, daughter of Fred and Veronica (Leonard) Robke. She married Roger Thien on October 21, 1961 at St. Boniface Catholic Church in Germantown and he survives in Breese.

In addition to her husband, she is survived by her children, Christy (Bill) Parkin of Aviston, IL, and Gary (Tina) Thien of Columbia, IL; two grandchildren, Stuart and Clifford Parkin; a brother, Jim Robke of Aviston, IL; a brother-in-law, Maurice Thien of Breese, IL; a sister-in-law, Lorraine Thien of St. Louis, MO; and she is also survived by nieces and nephews.

In addition to her parents she is preceded in death by a sister, Betty Eaton; and brothers-in-law and sisters-in-law, Barb Robke, Goerge Eaton, Mary Ann Thien, and Paul Thien.

Mrs. Thien was a secretary at Scott AFB. She was a member of St. Dominic Parish in Breese and also a member of the St. Joseph Hospital Auxiliary. She enjoyed quilting, crocheting, spending time with family and grandchildren, and loved animals.

Memorials may be made to the Highland Animal Shelter and will be received at Hempen Funeral Home, 150 N. Clinton, Breese, IL 62230.