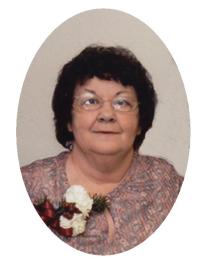 Mrs. Montgomery is survived by her husband Ronald, four children, Ken L. Thacker of Coffeen, IL, Kathy (husband Brett) Reynolds of Hillsboro, IL, Randy Montgomery of Coffeen, IL and Ronda (husband Jeff) Meyer of Bingham, IL; eight grandchildren and six great grandchildren.  Along with her parents and first husband she was preceded in death by one son, Rick Montgomery and one brother, Kenneth Hubler.

Memorials are suggested to Donor’s Choice.