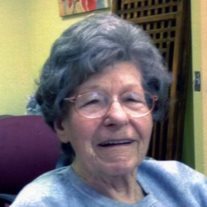 Funeral services will be held at 8:00 p.m. Saturday, June 28, 2014 at the Donnell-Wiegand Funeral Home in Greenville. The family will receive friends from 6 p.m. Saturday until service time. In Lieu of flowers the family request memorials may be made to Hitz Memorial Home in Alhambra, or Bond County Hospice at Donnell-Wiegand.

Mary and Jackie Edward Lipe were united in marriage on November 27, 1976 and enjoyed over 35 years together before his death on April 7, 2012. They made their home in Sorento, moving to Greenville in 2006.

Mary is preceded in death by her parents, her husband Alois Pierce, Edward Lipe, and her brother Allen Ernest Carpenter.