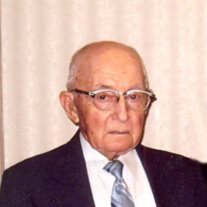 He was a member of Saint Paul Catholic Church. He was also a member of Helvetia Sharpshooters Soc..

Fred was born on a farm North of Marine and had lived South of Marine most of his life. He graduated Marine Grade School. In the early 1940’s he purchased the current family farm, and raised grain and hogs most all of his life. Even in his retirement he would visit the farm every day, it was his total life. For over 50 years he and his wife went dancing every Saturday night. He enjoyed his grandchildren very much.

Funeral service will be at 3:00 PM on Friday, July 18, 2014, at Spengel-Boulanger Funeral Home in Highland, IL, with Deacon David S. Bohnenstiehl officiating.