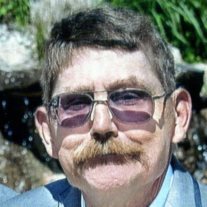 Funeral services will be held at 11:00 a.m. Friday, July 4, 2014 at the Donnell-Wiegand Funeral Home in Greenville with Darryl Bolen officiating. Interment will follow in Mt. Auburn Cemetery. The family will receive friends from 4 until 8 p.m. Thursday. For those who desire memorials may be made to the Pocahontas E.M.S., St. Luke’s Hospital I.C.U on the 6 th Floor, or the American Diabetes Association.

Gary Lee Weiss, the son of Clarence Christ Weiss and Vernita Alice Harris Weiss, was born on December 5, 1955, in St. Joseph’s Hospital in Highland, IL. He grew up on the Weiss farm and attended the Greenville Schools and graduated from Greenville High School in 1974. He took welding at Kaskaskia College. Early in life he worked at Basler Electric, Bee Line in Highland, and farmed for his Uncle Hollis on the McCasland farm. Gary owned and operated Weiss Welding and Fabrication and ran his Husqvarna Sales Company. Gary then worked for Stein Steel Mill Services Inc. as a heavy equipment operator and mechanic. He farmed his own ground all during his life.

Gary is preceded in death by his son Jeremy L. Weiss on July 21, 2003, and his father Clarence C. Weiss.