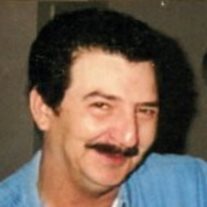 George S. Kalagian, age 68, of Greenville, passed away Sunday, July 6, at his home.  Graveside funeral services will be Wednesday, July 9, at 1:00 p.m., at Bement Cemetery in Bement, IL.  Friends may call Tuesday, July 8 from 5:00 to 7:00 p.m. at the Donnell-Wiegand Funeral Home in Greenville.  Memorials are suggested to the family.

September 17, 1964 George and Donna Ann Williams were united in marriage. They enjoyed 44 years together before her passing on April 25, 2009.

George was a cab driver in East St. Louis, IL from 1960-1970’s, the worked for the TUMS Factory in St. Louis, Missouri. He later went back to college, trained in Water and Waste Management at SIUE in 1988. He worked for Heritage Environmental Services in Wood River, IL retiring in 1999.

George lived in Bement, Illinois from 2007 until 2013 when he moved to Greenville.

George was preceded in death by his parents, wife Donna, sister Michelle and brother Denny.