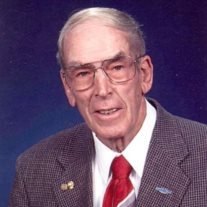 He was a member of Saint Paul Catholic Church. He was also a member of VFW Post #5694 Highland, Helvetia Sharpshooters Society, Madison County Farm Bureau, and the Holy Name Society.

John was born at home, north east of Highland, where he grew up. He attended Immaculate Conception School in Pierron. He worked at Deutsch Egg Plant and Highland Box Board. Then, he served with the US Army in Korea during the Korean War. When he returned home, he worked at Highland Supply and as a carpenter for Gruenenfelder Lumber Co. and Linenfelser Lumber Co. He purchased a farm in 1956 and operated a dairy farm for 5 years, and then only grain. In the 1960’s, he started Wellen Construction Co., retiring at age 65. He worked Bingo at the VFW for 50 years, was a member of a Bowling League, enjoyed bus trips with his wife all over the United States, and traveled to Hawaii and Germany. John had a great sense of humor.